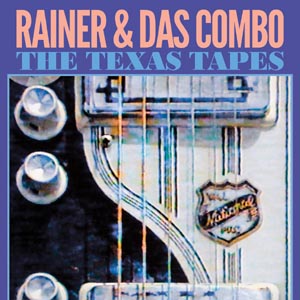 Purple vinyl! From 1993, some seven years after the release of the Combo's debut "Barefoot Rock", with a contractually unnamed Gibbons steering the proceedings. "Rainer and Das Combo are a tight Tucson-based trio fronted by songwriter and slide-guitarist Rainer Ptacek, whose singing suggests a cross between golden-age Bob Dylan and Jonathan Richman with a deep case of the blues." Expanded to include four heavier but more spacious Billy Gibbons' mixes along with a trio of demo's. The album features the glorious 'One Man Crusade', which Giant Sand's Howe Gelb rates as "one of the top ten best songs ever written." Including download card accessing 7 out-takes and alternative versions.