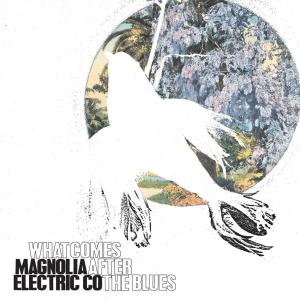 what comes after the blues

After forming a new band by recruiting guys from various other bands (IMPOSSIBLE SHAPES, JOHN WILKE'S BOOZE, THE COKE DARES), christening them after the final album of his old band and recording his latest record with Steve Albini, Jason Molina has left behind the legacy that was SONGS:OHIA. MAGNOLIA ELECTRIC CO. are ready to unleash their debut "What Comes After The Blues" in 2005. The "working class rock" transcends mere indie rock and cannot be pigeon-holed as folk as crunching riffs and a howling steel come together around Molina's personal work. Molina and MAGNOLIA ELECTRIC CO. stand in the tradition of BOB SEGER, TOM PETTY, NEIL YOUNG, BRUCE SPRINGSTEEN and their respective bands that were far more than merely backing bands.