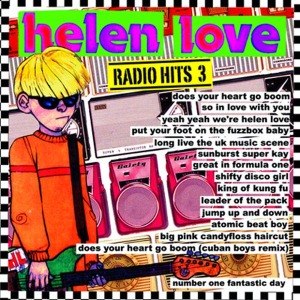 The third installment of the very popular "Radio Hits" series, this one features all their "Che" releases including the hits "Does Your Heart Go Boom" and "Long Live The UK Music Scene". This album also features a rare remix by John Peel faves "The Cuban Boys" and a completely unreleased track "Number On". They are currently in the studio putting their finishing touches to their next album which will be released in early summer and will be supported by a pan-european tour. Helen also has a duet with Joey Ramone on his recently released posthumous solo album.