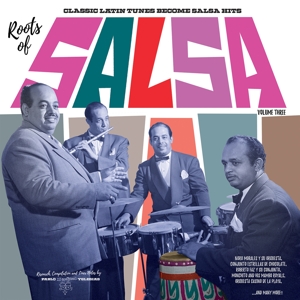 This is the third in our compilation series on the roots of salsa. For a general background on the ideas behind it, please refer to the notes in the first and second volumes. In a nutshell the Roots of Salsa series is an investigation into early Cuban or Cuban-derived tunes that were either covered by salsa groups later (mid-1960s through today) or were highly influential on the development of salsa over the decades. The main criterion was to pick tracks that sounded adequate for today's DJ or collectors to play at a gig or on the radio, or were sufficiently interesting (or enough of a surprise to fans of the later version) to merit inclusion, but were not perhaps the best known or of more recent vintage.