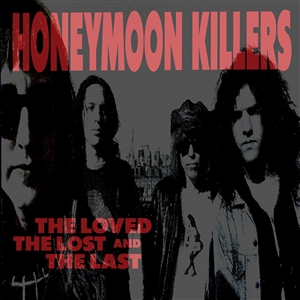 the loved, the lost and the last

It exists!!!! "The Loved, The Lost & The Last" is the unreleased until now, sixth and final studio album by New York noise rock band The Honeymoon Killers, originally recorded in 1991. The Honeymoon Killers recorded this album picking up all 3 members of the nascent Jon Spencer Blues Explosion and it meant a sonic evolution to the band in the way to get the original Honeymoon Killers sound adding slicks of Pussy Galore and The Blues Explosion, and it includes covers of Ramones and The Scientists. Artwork by Pauline Teel (Big City Stompers).