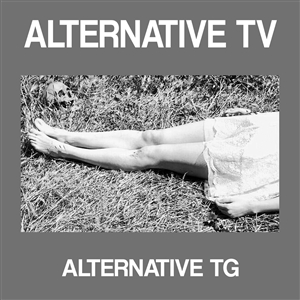 was it white & sticky?

Limited edition 12" EP to help fill the void before the next Alternative TV album, here collecting Mark Perry's slightly playful cover of, or nod towards a medley of, Throbbing Gristle's 'United', 'Discipline' and 'Persuasion', called 'Alternative TG' and originally released on 1997's Punk Life CD, b/w two cuts that first appeared on 1999's Apollo CD, 'Oh Shit, We Fell from Grace' and 'Slap and Tickle'. A one-off snapshot of some of the music that appeared from this much overlooked period of Alternative TV. 300 copies only. No repress. Sion Orgon mastering.