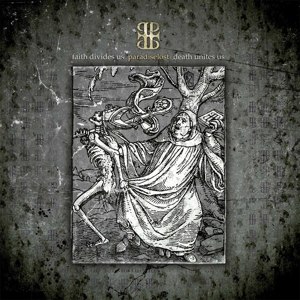 This 2016 vinyl edition comes in Picture Disc LP with Gatefold Jacket, limited to 400 copies. Originally released in 2009, "Faith Divides Us, Death Unites Us" was Paradise Lost's 12th studio album and meant a comeback to early days. As one of the top most influential doom/gothic bands of all times, we should expect no less. Opening track "As Horizons End" followed by "I Remain" are just the beginning of an album showing Paradise Lost were back again, this time to stay.