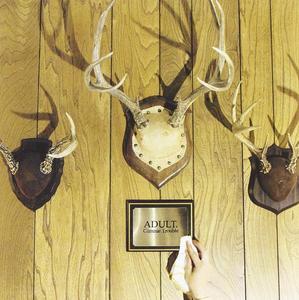 The songs on Gimmie Trouble are the work of three months of isolation and toil by the band, but ADULT. was able to record and mix the album in just two weeks between the US and European tours for D.U.M.E. "This time limit worked to our advantage, as we wanted the record to have a very immediate punch and to not sound overly labored", said Miller. "I really wanted to write a Devo Freedom of Choice album insofar as I wanted something that was shorter songs that got to the point and constantly kept the pace moving. Most of the music and vocals on this album are single takes, most made within a few tries. We felt this was important for the sense we wanted this record to convey." Short, sharp and in focus. Fast, cheap and out of control!"