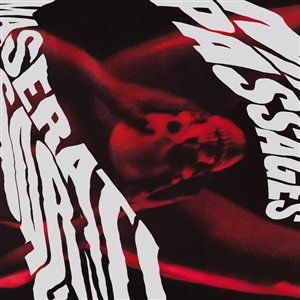 In anticipation of their back then long-awaited new album coming in 2010, Athens, GA's premier (or maybe only) psych-dance-rock-etc stalwarts collect their rare and out-of-print vinyl tracks from the previous couple years onto CD for the first time. Featuring all four tracks from their blink-and-it's-gone limited-edition split LP with Zombi, as well as their remix LP (featuring The DFA's Tim Goldsworthy and !!!'s Justin Van Der Volgen), Passages was augmented with two previously unreleased tracks - the Moog-fueled meditative trance of Steve Moore's "Monoliths" remix, and the positively sublime emotional heft of "Do You Hear The Nightbirds Calling You?", all remastered from the original master tapes and packaged with eye-popping artwork.