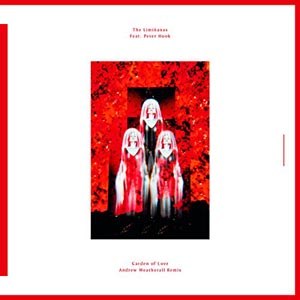 Following the success of their 4th album 'Malamore' released in April this year, French duo The Limiñanas have now trusted London star DJ, producer and friend Andrew Weatherall to remix the flagship single Garden Of Love (feat. Peter Hook). The collaboration has resulted in two unique remixes. "When we released "Je Ne Suis Pas Très Drogue" in 2009, Andrew played it in his radio show in London. Then Bernie Fabre contacted me because Andrew wanted us to play in his festival De La City A La Cité in Carcassone. That's how we met. When we worked with Peter Hook, the idea of a maxi with one or two remixes made sense. So we did this record with the original edit of "Garden Of Love" and two remix edits by Andrew Weatherall." - Lionel Limiñana