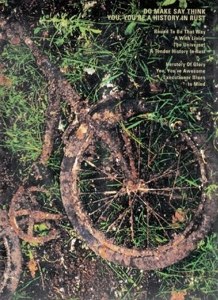 you, you're in a history in rust

180g Vinyl! Since their debut record in 1998, Do Make Say Think have made one critically-acclaimed album after another. They are one of the most consistently inventive instrumental rock bands of the past decade, and one of the most self-realised: DMST members themselves have recorded, mixed and mastered all the band's work, developing a highly original and finely detailed approach to audio production. You, You're A History In Rust is the fifth record by Do Make Say Think and a brilliant extension of the band's unique sonic narrative.