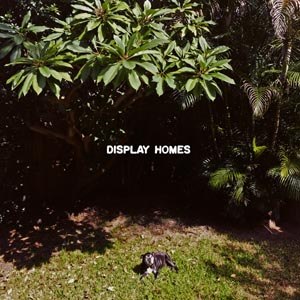 7" (250 black vinyl). RIYL: The Au Pairs, Pylon, Priests, XTC, Essential Logic, Bush Tetras, Delta 5. Display Homes are an Australian three-piece pop band that formed one night in late 2016 at a pool table in Marrickville . Just a few months after their first trip to the studio, Display Homes' self-titled debut 7" is being released . The three songs were recorded in April of this year in David Akerman's studio in Marrickville, and just like all great current Australian music, they were later mastered by Mikey Young. As far as debuts go, it's effortlessly perfect.. As each song originates from a foolish nature and a tendency to improvise songs in any day-to-day situation, the end result is a set of direct, slightly jarring but infectious pop songs.