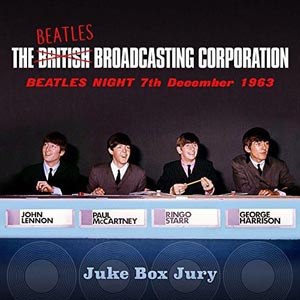 The Beatles, live on the BBC - two programmes aired on 7th December 1963. Royal Blue Coloured 180 Gr. Vinyl in Hand Numbered Sleeve! By the end of 1963, Britain was firmly in the grip of Beatlemania. On December 7th the quartet visited Liverpool, where they performed a special edition of Juke Box Jury in front of 2500 hysterical members of their fan club, then performed in front of them for a subsequent TV concert broadcast entitled It's The Beatles, prompting Brian Epstein to joke that, for a night, BBC stood for 'Beatles Broadcasting Corporation'. The visuals for the former are sadly lost, but the audio of both programmes is presented here, together with background notes and images.