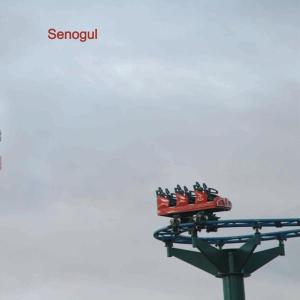 For many progressive rock fans, 2008 has been the year of SENOGUL. The album debut of this asturian band amazed audience and musical critics with a fussion of several elements and languages. Great melodies skillfully executed resembling jazz, rock, classical, funk or even tango. The usual instrumentation of the band (keyboards, bass, drums and guitars) strengthens in this record with accordion, bagpipes, sax, flute, trumpet or the magnificient chorus line of Choir Melsos. This album will be remembered in years to come as one of the best titles ever made in Spain.