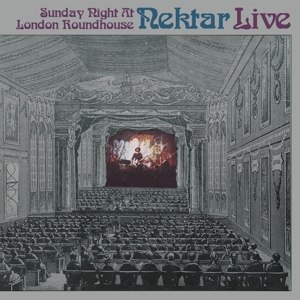 The highly acclaimed concert from 1973 premieres on double-vinyl! When Nektars "Live At London Roundhouse" was released in 1974 there was a bit of confusion going on because only one side contained recordings of the concert. The other side featured another live session, recorded at Chipping North Studio. In 2002 more recordings of the Roundhouse concert were uncovered and the band released a remastered full double-cd with roundhouse recordings only. Now finally this release gets a vinyl re-issue which content suits it_s title accuratly. (Contains the extensive liner notes by music journalist Mark Powell from 2002)