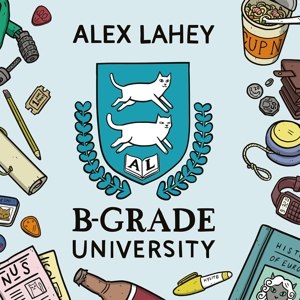 Alex Lahey originally released B-Grade University on her own label in summer 2016, shortly before playing iconic Australian festival Splendour in the Grass. Immediately after its release, 'B-Grade University' went onto heavy rotation on Australia's TripleJ radio, along with the single "You Don't Think You Like People Like Me" earning a Best New Track tag on Pitchfork. Lahey closed 2016 being the most played artist on Triple J Unearthed, as well as being voted Best Female Artist at Australia's Age Music Awards. Her fuzzed-out, catchy-as-hell indie rock is stacked with emotion, weighing the sound of youthful anxiety against cutting, sophisticated wordplay.