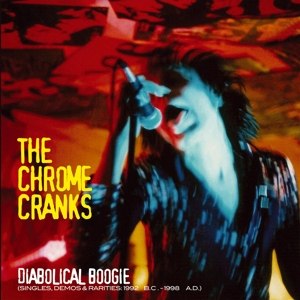 Triple album by THE CHROME CRANKS!!!! Crazy release on triple trifold vinyl of this brutal compilation of rare & unreleased material by New York City monsters of swamp noise during the 90s, with magnificent artwork, liner notes by the band and previously unseen photography. The ultimate collection of one of the most intense and awesome bands to come from New York during the 90s, including more than 30 tracks with covers of Television, T-Rex, Pere Ubu, MC5, AC-DC and more! Totally necessary material for all fans worldwide of this magnificent band. Stay alert, this is strictly limited to 500 units!