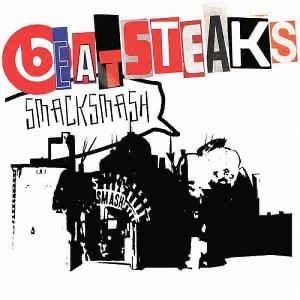 Smack Smash is the fourth album from German band, Beatsteaks. It was released in March, 2004 on Epitaph Records as was previous album, Living Targets, in 2002. It aided the band's breakthrough into the mainstream and was simultaneously released on WEA. The first two singles, "Hand in Hand" and "I Don't Care as Long as You Sing" became major hits on German MTV and the album nearly broke into the German top ten. The increased exposure allowed the band to play concerts in other European countries. It shipped 100,000 copies in Germany, going gold only for the album to go platinum in 2008 for shipping 200,000 copies in total since its release.