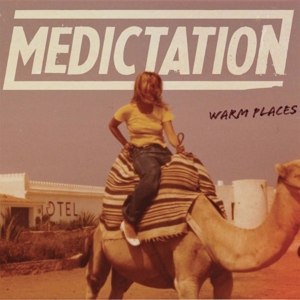 Members of Leatherface & The Sainte Catherines, Medictation present their debut album. Dickie Hammond's (Leatherface/Medictation guitarist) recent untimely passing shook not only those closest to him but also the punk world as a whole, such was his influence and the positive impact that he had on the community. Whilst most of us are familiar with the majority of Dickie's works, his final pieces have not been released, until now. Dickie left us too soon, but one small solace was the fact that shortly before his passing he played a key role in writing and recording the debut Medictation LP 'Warm Places', which was to be his final work. Dead Broke is proud to present the North/South American version of Medictation's, "Warm Places".