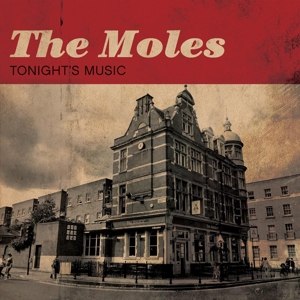 "The Moles is a fitting pseudonym for most of the musical ideas I get. The album has accumulated over many years. I recorded in Boston, New York, and Western Massachusetts when ideas and opportunities came along. It is almost like a journal covering 15 years," explains legendary tunesmith Richard Davies (Cardinal, solo). Recorded with like-minded cohorts such as Boston veterans Bob Fay (Sebadoh) and Malcolm Travis (Sugar), the collected songs continue his streak of dazzling and unique psych pop. The record follows on the heels of the 2014 comprehensive reissue of their past discography; "Flashbacks and Dream Sequences: The Story Of The Moles" as well as a triumphant show at Glastonbury.