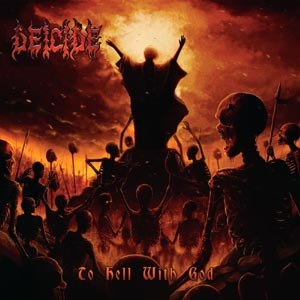 Limited Edition of 1.000 Copies on Fire Splatter Vinyl! Gatefold Jacket Previously out of press and highly sought after on vinyl! Under Exclusive License from Century Media The legendary death metal titans! To Hell With God was initially released in 2011. The album received rave reviews from metal media and marked one of DEICIDE's most well-received albums in their three-decade career. Metal Hammer declared "the death metal beasts are at the top of their game." The original vinyl version of To Hell With God quickly sold out. Think Fast is now offering a revamped pressing on fire splatter vinyl, complete with a gatefold jacket.