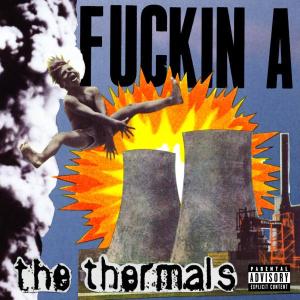 The Thermals were formed in May of 2002 in Portland, OR. This crack three-member outfit released their debut album More Parts Per Million on Sub Pop last year after being brought to the label's attention by Ben Gibbard of the Postal Service and Death Cab for Cutie. Their second album, Fuckin' A was recorded and mixed in all of four days at Avast Studios by Chris Walla, who shares Gibbard's Death Cab pedigree and has lent production duties to Hot Hot Heat, Nada Surf and many others. On this album the band retains their raw energy and charisma, while upping the fidelity ante significantly. In short, it is a perfect sophomore record.