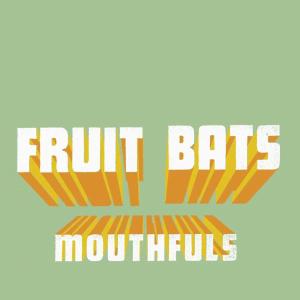 The second FRUIT BATS Album was produced by Brian Deck (RED RED MEAT, MODEST MOUSE, UGLY CASANOVA, SOULED AMERICAN etc...) and follows the 2001 release "Echolocation". Multi-instrumentalist and FRUIT BATS mastermind Eric Johnson is an instructor at The Old Town School For Folk Music in Chicago, the city where he recorded "Mouthfuls" with other Chicago musicians. The music arises from such disparate influences as Phil Spector, Fleetwood Mac Rumors-era, and the '86 Waubonsie Valley Highschool production of Rodgers and Hammerstein's "Oklahoma". In this case this leads to beautiful, heart-felt folk-pop for dreamers, amateur zoologists, closet hippies, record geeks, mothers, fathers, sons and daughters.